With the longest lasting battery, most powerful processor, and sharpest camera, iPhone 6s Plus was the most powerful iPhone at the time of its release. 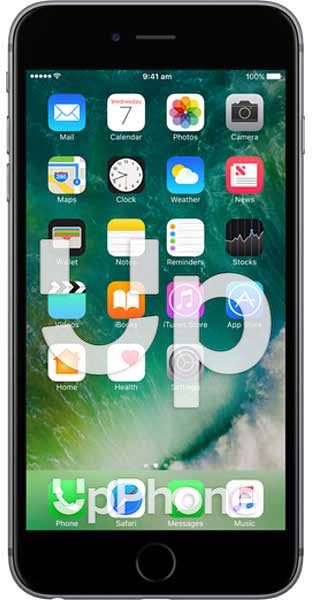 Features Of The Apple iPhone 6s Plus

The iPhone 6s Plus features a large, 5.5” Retina HD display with a 1920 x 1080 pixel resolution. The iPhone 6s Plus is a great choice for people who prefer a larger display, as it is 0.8” larger than the display of the iPhone 6s. This screen has a special coating that helps prevent fingerprint smudges, display zoom, and Reachability.

Along with the 6s, the iPhone 6s Plus was the first iPhone model to have a built-in 12 MP camera, which takes much better photos and videos than the 8 MP camera in the iPhone 6. The iPhone 6s Plus camera has True Tone flash, optical image stabilization, up to 5x digital zoom, and much more. You can record videos in 1080p HD and 4K with this iPhone.

This iPhone comes in two storage variations: 32GB and 128GB. The 32GB iPhone 6s Plus has twice as much storage space as the cheapest iphone 6 Plus, which only has 16GB of storage space. With so much storage space, you can save tons of pictures, songs, movies, and more!

You can use one of your fingerprints to unlock your iPhone 6s Plus thanks to Touch ID. A small sensor has been built into the Home button of your iPhone 6 Plus, which can scan and identify your unique fingerprint.

View Apple iPhone 6s Plus On These Carriers