The iPhone SE breaks the mold of standard iPhones. Although is significantly smaller than the other iPhones released around the same time, the SE has a just as powerful processor, camera, and battery. 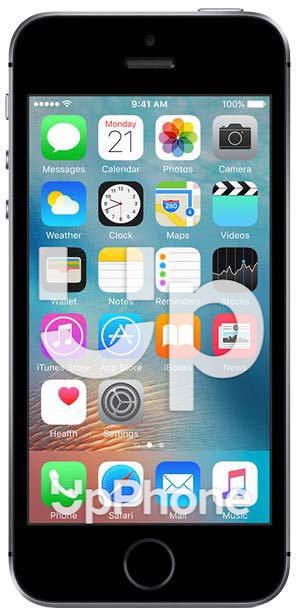 Features Of The Apple iPhone SE

The iPhone SE has a much smaller display than the iPhone 6s and 6s Plus, which were released just six months prior. The SE is the first iPhone since the 5s to feature a 4” display. This iPhone has a Retina display, and the screen is protected by a fingerprint-resistant coating.

The iPhone SE is available in two storage variations: 32 GB and 128 GB. Previous 4” display iPhone only had up to 32 GB of storage space, which really sets the SE apart from the rest of the pack. This amount of storage space is more than enough to save lots of photos, music, and videos on your iPhone!

The iPhone SE has a Touch ID fingerprint scanner built into its Home button. You can use Touch ID to confirm app installations or purchases, unlock your iPhone, and much more!

Despite its small size, the iPhone SE has great battery life. Its battery is designed to last for up to 13 hours of Wi-Fi internet usage, 13 hours of video playback, 14 hours of 3G talk time, or up to 50 hours of audio playback.