Images come in all sorts of file formats. Although they may produce the same image, each file format has its advantages and disadvantages. In this case, you need to convert a .jpg to a .png. The question is, how is this done and what's the difference between the two?

This article will explain what these two popular file formats are, when you should use them, and how to convert between the two with ease.

Image File Formats In A Nutshell

Images can be generated on a computer in a number of ways. However, most images are generated with a number of units of colors called pixels. These are tiny squares of different hues and shades that, when put together, form images.

The computer needs directions on how to assemble and color these pixels in order to produce the image. This is where image files come into play. These files have instructions that tell the computer how these pixels should be arranged. For example, the files have information about the dimensions of the image (how big it is), what the colors of the pixels ought to be, the image's name, and when it was created.

Sometimes, the file contains other information, such as location data. This is helpful for figuring out where you took your photos while on vacation.

What's The Difference Between JPG and PNG?

Put simply, JPG images tend to be smaller than PNG images. However, PNG images can handle transparency. Here's an overview of the differences:

JPG files are great for photographic images, but not so great for cartoons, logos, important images in scientific fields, or charts. PNGs, on the other hand, are great for logos.

One of the most important benefits of a PNG file is its ability to utilize the alpha layer, or transparency. This makes it perfect for logos and other images with sharp differences between colors like cartoons.

I personally think that PNG files are a better choice for making some images dark-mode friendly. However, it's not that simple. If I wanted to use PNGs for screenshots on UpPhone, I would have to make a pretty hefty sacrifice: loading time. Since PNGs are larger, they take longer for your device to download. I think we can all agree that long loading times are annoying.

Reducing the number of PNGs that you use is important for building a website. I suggest that you stick to using PNGs for photo editing purposes, as well as for logos on your site, rather than for regular use. If you can use a JPG in place of a PNG, do that instead.

Why You May Not Want To Convert JPG To PNG

So, you know all of the advantages that PNG images have over JPG images and you've decided that your image should be a PNG. So, it's time to convert it to PNG, right? Not so fast.

Before you convert it, remember that when you convert a JPG file to a PNG file, the quality will not increase. It also won't utilize the alpha layer for transparency by default. Instead, this is best done through a photo editor.

If you have the original version of the image, perhaps in a raw format or as a vector image, it's best to start from there rather than convert your JPG file. A JPG image has already decreased the quality of the original photo, so you're not going to get very far by making the switch.

The only thing that you'll do by converting a JPG to a PNG is change the file type and increase the file size. This means that the image will use more data when sending it over the Internet, which can result in longer loading times for others.

Why You Might Want To Convert From JPG To PNG

Converting an image to a PNG format might make it readable by a program that only accepts PNG files. However, this situation is rare. It's also possible that a PNG of a logo or something with limited colors might wind up having a smaller file size than a JPG.

How To Convert JPG To PNG On Windows 10

To convert JPG images to PNG images on Windows 10 PCs, follow these instructions: 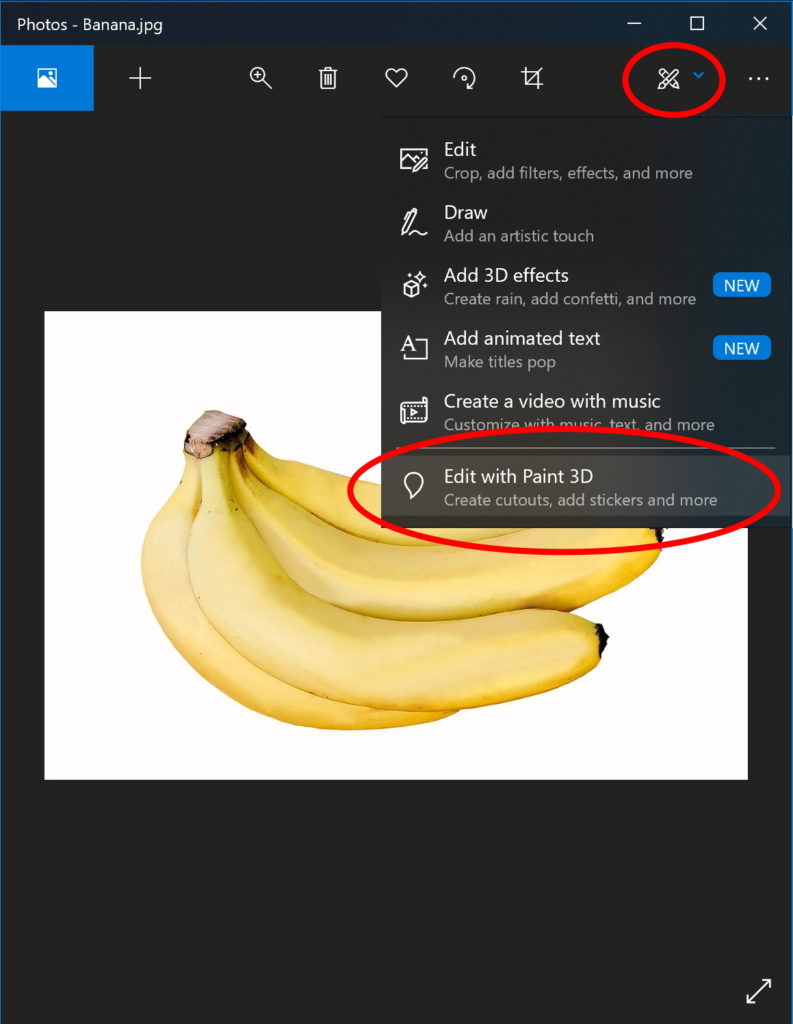 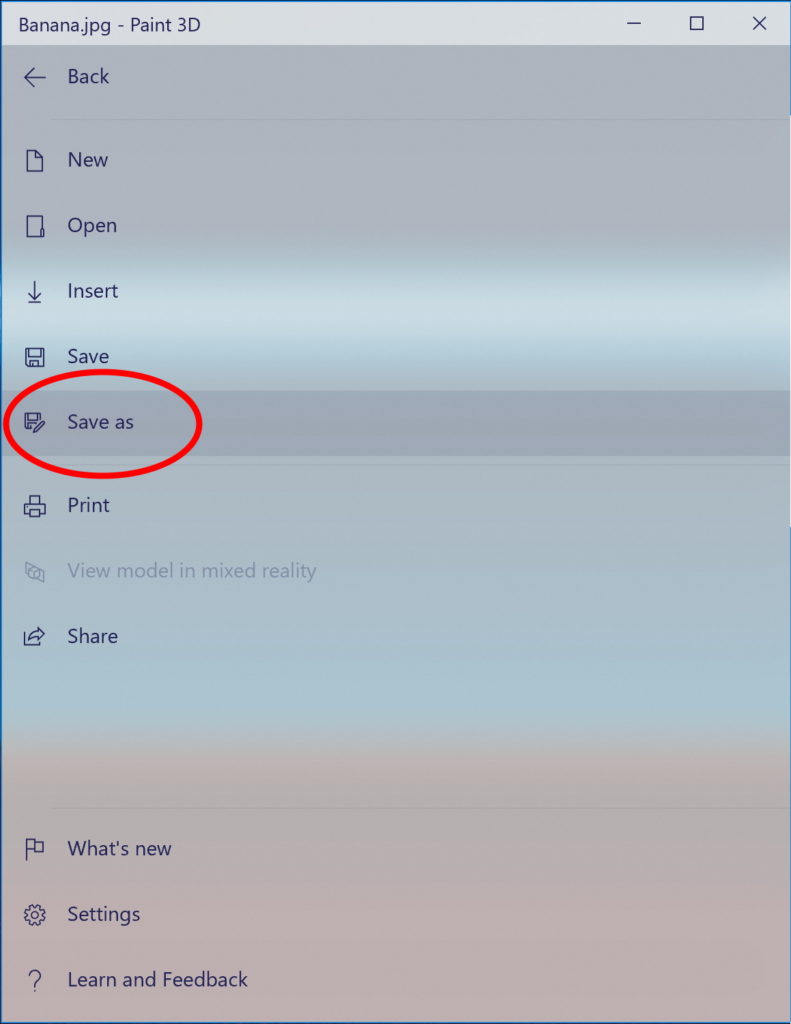 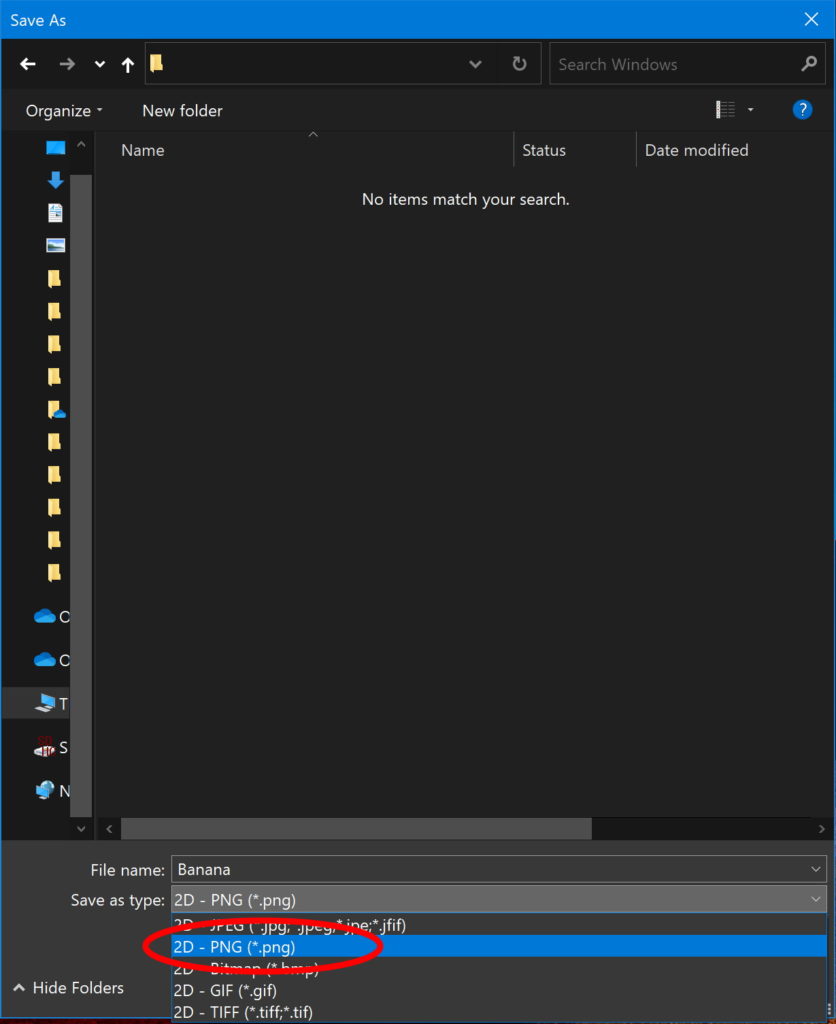 Keep in mind that converting images from JPG to PNG will not increase their quality.

The good news for Windows is that you won't need to install any additional software to convert JPG photos to PNG images. The process only requires your Photos app, Paint 3D, and then File Explorer.

First, you'll need to find the photo that you want to convert and then open it. When you open it for editing in Paint 3D by following the steps above, you can just save it as a different file-type. Simply select the folder where you want to save it and you're done! 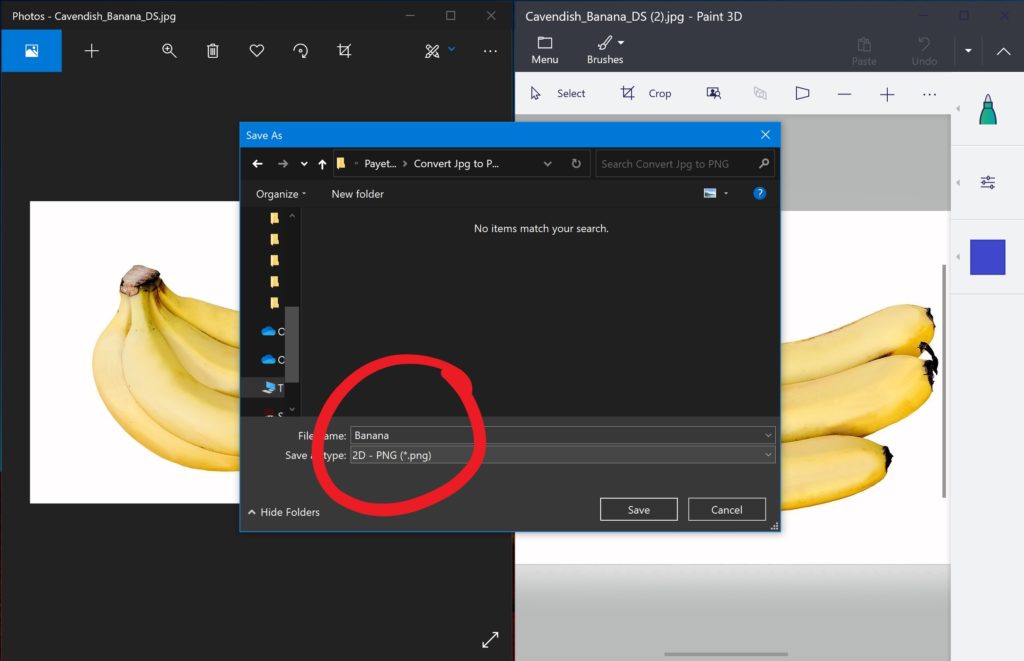 However, this isn't the most effective option if you're looking to convert more than one image. This method can take a long time!

PowerRename is an extension for Microsoft PowerToys that helps you mass rename items, including file extensions. You can use it to quickly convert multiple JPG images into PNG files by following these steps: 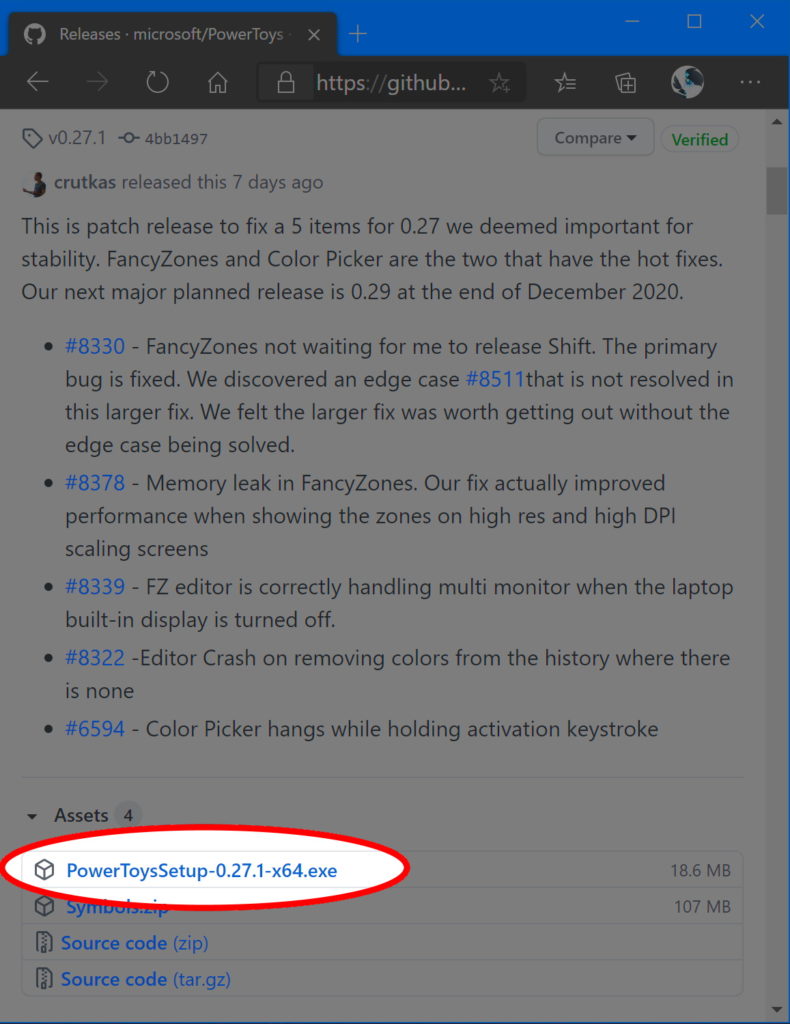 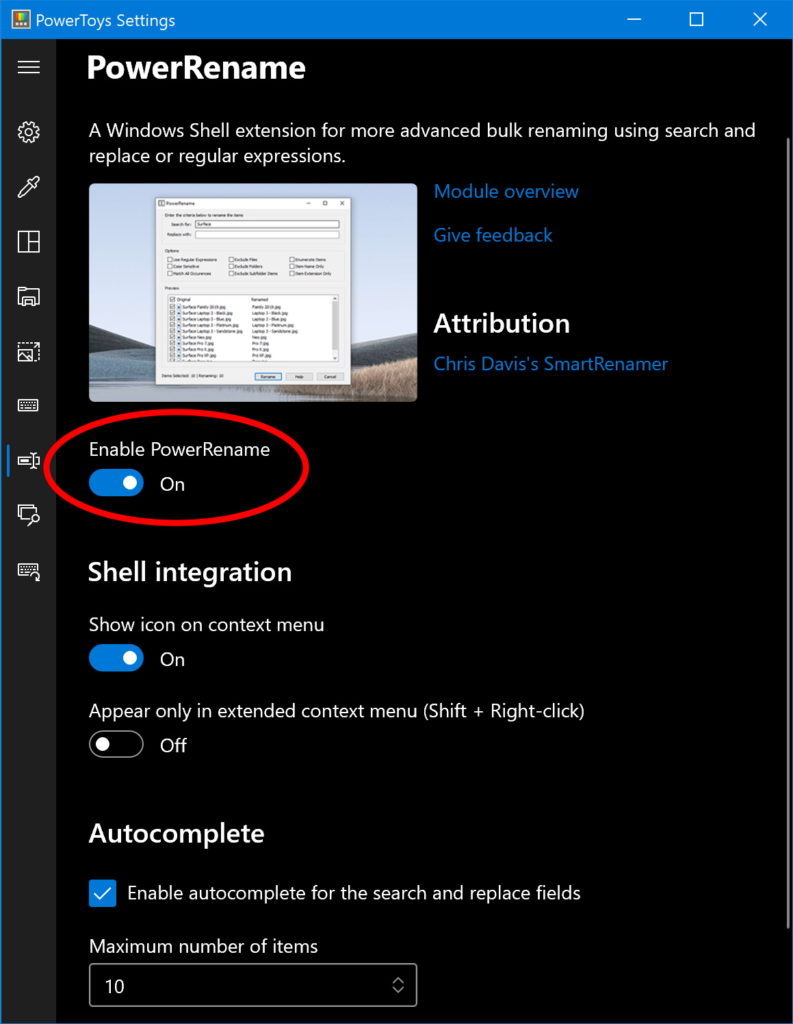 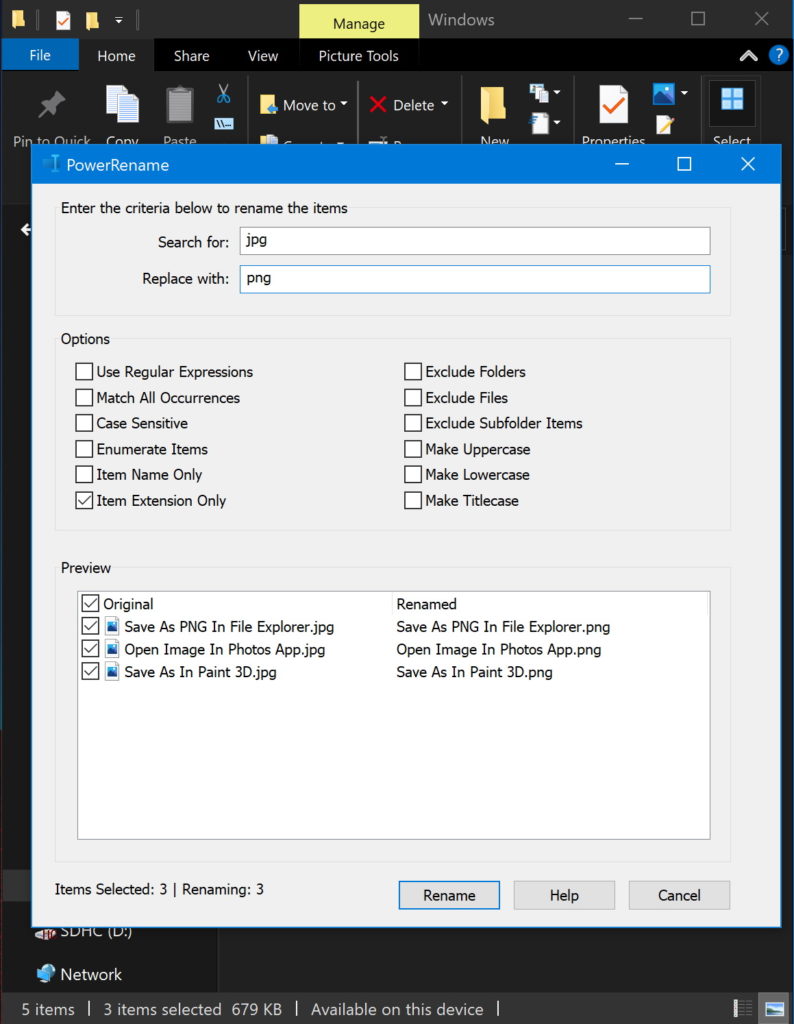 There are also a ton of other great features that come along with Microsoft PowerToys, such as FancyZones, Image Resizer, Keyboard Manager, and more!

How To Convert JPG To PNG On Mac

To convert a JPG image to a PNG file format on MacOS, follow these directions: 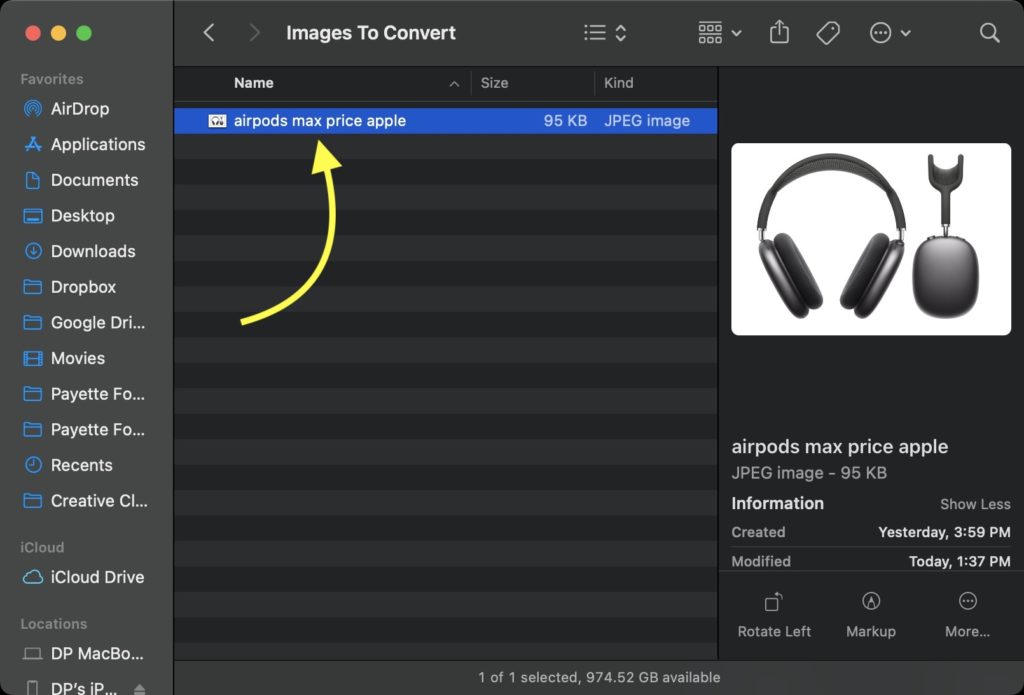 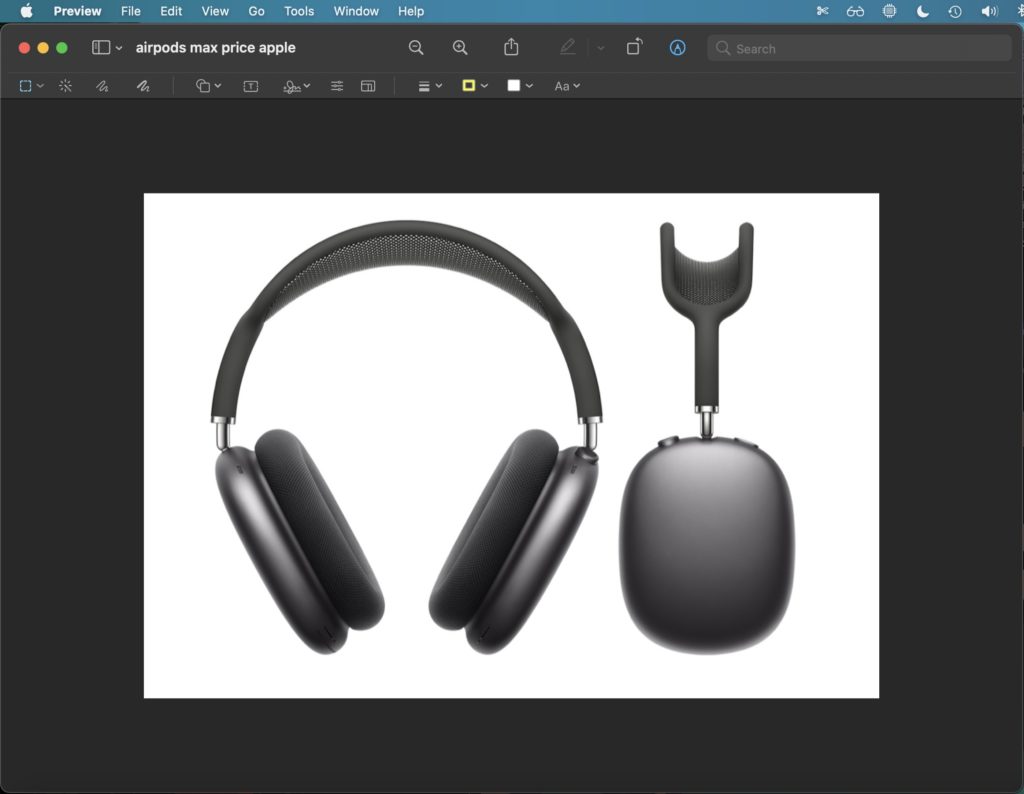 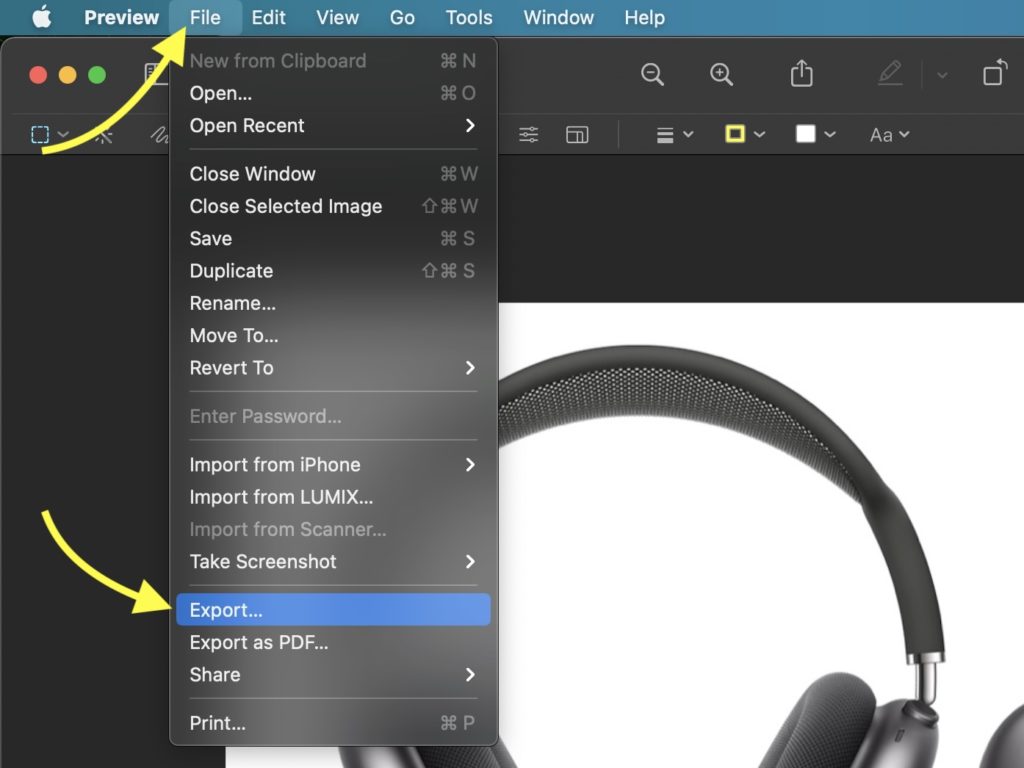 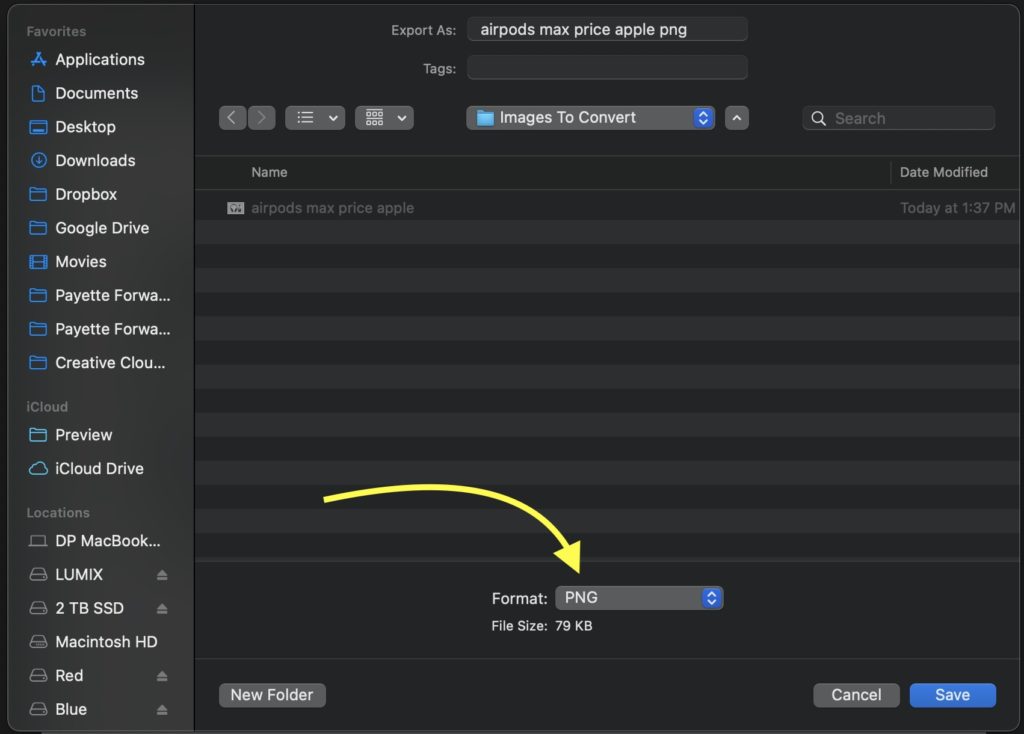 How To Convert Multiple JPGs To PNGs On Mac

Converting multiple JPGs to PNGs using the Preview app can be tedious and time-consuming. Fortunately, there’s a third-party app called Image Bucket Pro that makes converting as many images as you like quick and easy. There’s a $5 version, but we think the $7 pro version is worth the extra $2. Our team uses it all the time when we’re creating images for this website! 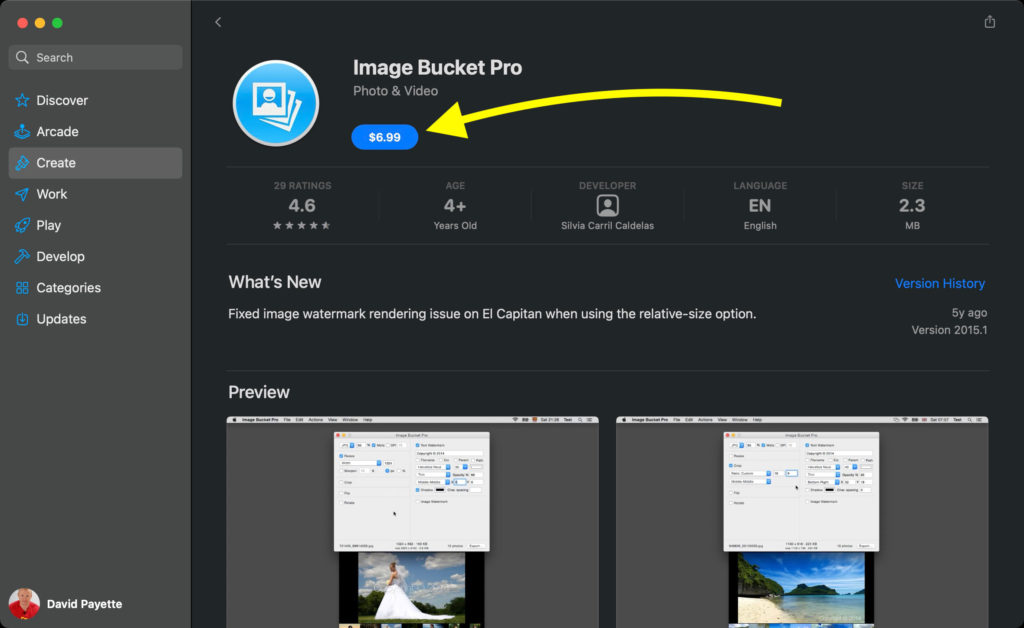 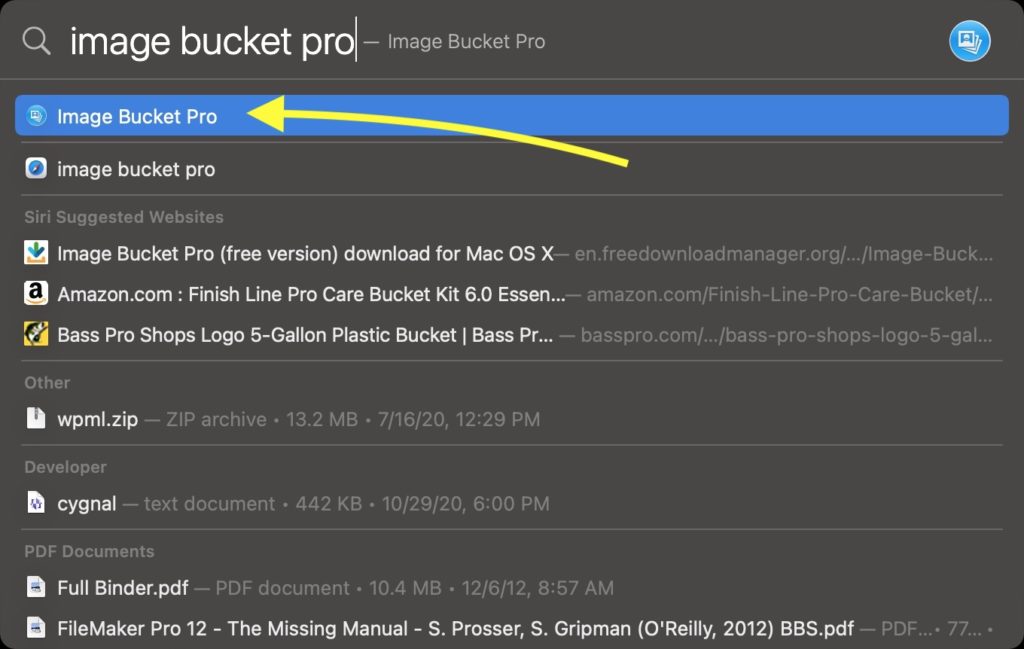 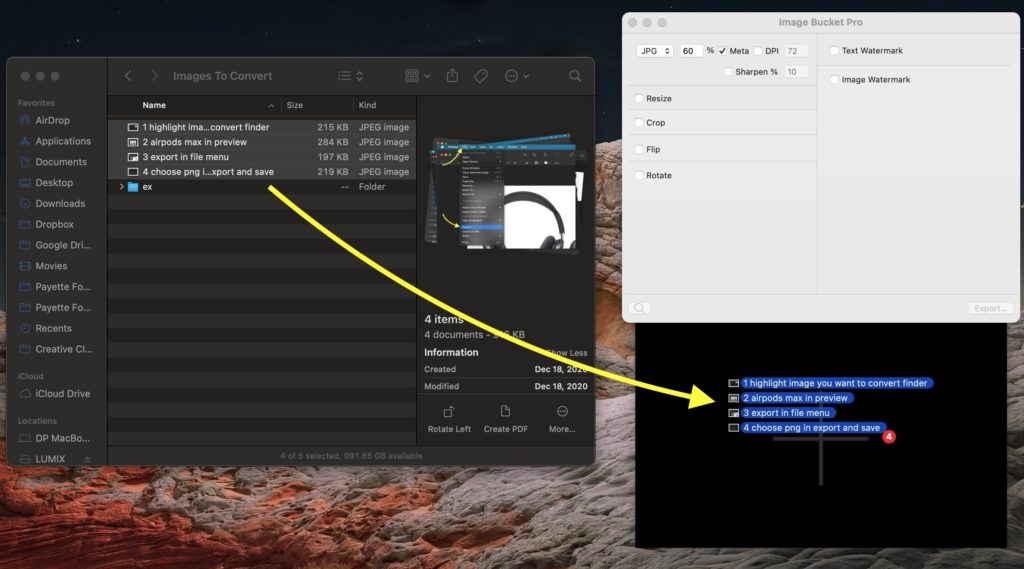 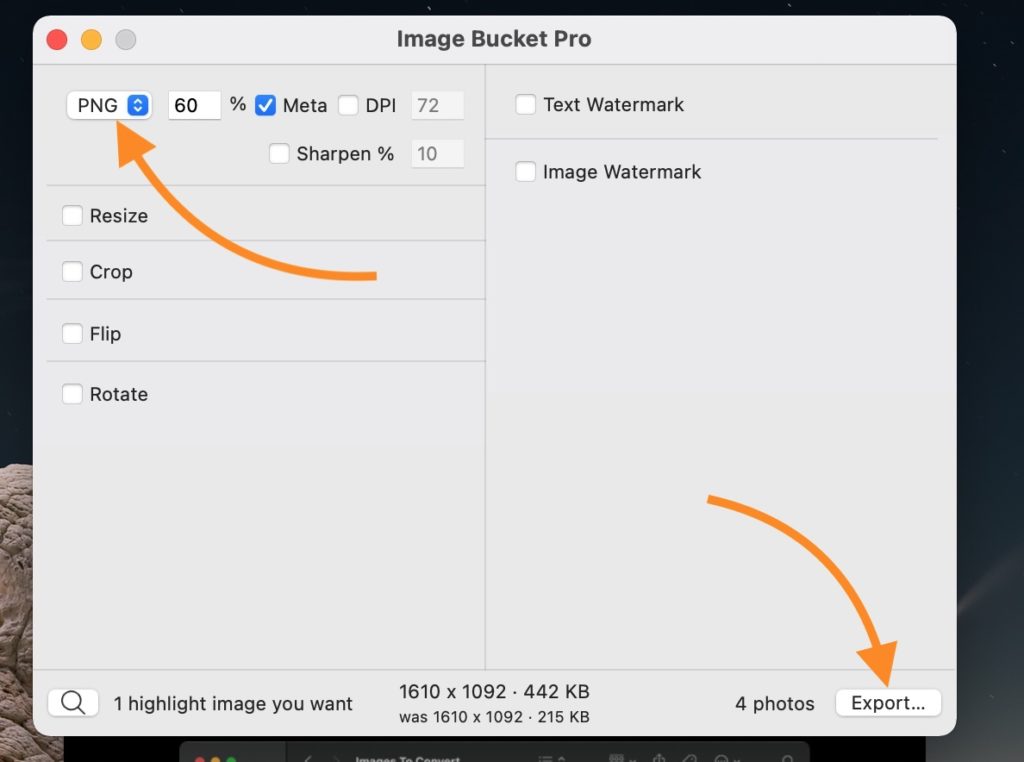 How To Convert JPG To PNG On Android

To convert JPG images to PNG images on Android devices, use these steps:

If you want to convert file types on the go, converting a JPG to PNG on Android may be something that you'll have to do. However, unlike Windows 10 and MacOS, there are no system-level tools that you can use to convert the file. Because of this, you'll need to look for a third-party solution.

There are tons of JPG to PNG convertors on the Google Play Store. Most of them will work fine, but keep in mind that they may look a bit messy when compared to other popular apps and may come with ads. These aren't designed to be beautiful apps that you use every day, but instead are tools.

For this article, I tested JPEG / PNG Image File Converter by handyCloset Inc. I'm not getting paid to endorse the app, it was just one that I tried. It gets the job done just fine. Just drop the image of your choice into the app and it will spit out a PNG file. It's as simple as that!

The only thing you'll have to do is grant the app permission to access your internal storage. Make sure that you trust the app because this is an easy way for untrustworthy apps to steal your data. I'm looking at you, TikTok!

An Introduction To Siri Shortcuts For iPhone & iPad Users

In order to convert a JPG to a PNG file, you'll need to use the Shortcuts app which may already be installed on your iPhone or iPad. If it isn't installed, you can download it from the App Store. A Shortcut is a series of commands, or “mini-app”, that makes it easy to automate simple tasks. The Shortcuts app makes converting JPGs to PNGs on iPad and iPhone dead simple and super fast.

Rather than show you how to build your own, we've created a downloadable Shortcut that makes it easy to convert JPGs to PNGs on iPhone and iPad. Before you can install it, however, you'll need to “Allow Untrusted Shortcuts” on your iPhone or iPad. This gives the Shortcuts app permission to run shortcuts created by people other than Apple.

Don't worry: you'll be able to see everything the shortcut does before you run it, and shortcuts can never run without your explicit permission.

How To Allow Untrusted Shortcuts On iPhone and iPad

Before you can allow untrusted shortcuts to run on your iPhone or iPad, you need to open the Shortcuts app and run any shortcut — it doesn’t matter which — one time.

How To Convert JPG To PNG On iPhone and iPad

There’s no built-in way to convert JPGs to PNGs on iPhone and iPad. Although some apps will do it, they’re often filled with ads and present a privacy risk when you allow access to your photo library. It’s easier, faster, and safer to use a Siri Shortcut instead. We’ve made a shortcut you can download and install that works for one or multiple images.

You may also be interested in our Siri Shortcut called Convert Image to JPG. It works exactly the same way as the other one! You might find this one to be more useful in most situations because converting PNG images to JPG is a great way to save space on your device.

Working Backwards: How To Convert From PNG to JPG On Windows 10, Android, and MacOS

This is the more likely case than the other way around. Converting a PNG to a JPG will make the image file size smaller while sacrificing a little bit of quality. This will help the image load faster on your website and use less data when sending it to your friends and family.

The good news is that you just have to follow the steps above for either Windows 10, Android, or MacOS. However, instead of selecting PNG, choose JPG.

I hope you enjoyed this article! Please leave a comment below if you have any questions and share this article with your friends if you liked it! Thanks for reading.

How To Convert JPG To PNG & Back: The Answers!