About The iPhone Flashlight

If you've been a lifelong iPhone owner, you probably remember the catalog of flashlight apps that used to be in the App Store. Most of those flashlights apps were poorly made and prone to software crashes. After years of complaints, Apple decided to make the flashlight a standard feature of all iPhones by integrating it into an iOS update. 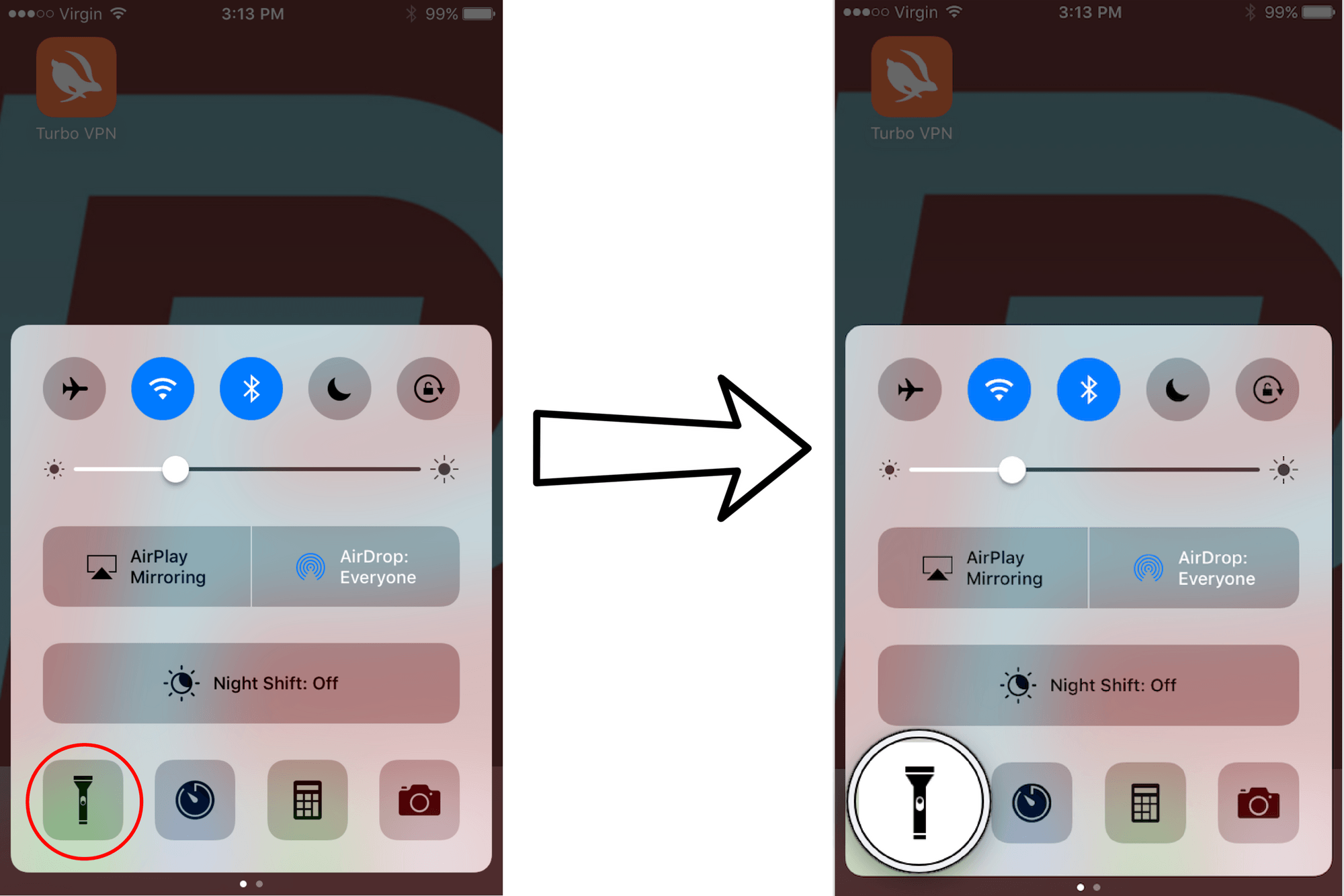 Any iPhone 6s or later that's updated to a version of iOS 10 can also adjust how bright the flashlight is using 3D touch (pictured in the image at the top of this article). To adjust the brightness, open up Control Center once again, but instead of tapping the flashlight icon, press it down firmly and hold it until your iPhone 7 or 7 Plus vibrates.

Once you do, you'll see a menu appear on the screen with three brightness options: Bright Light, Medium Light, Low Light. Although these options aren't drastically different, you can tell the difference between the Bright Light setting and the Low Light setting.

I Can See Clearly Now

You've successfully turned on the iPhone flashlight and now you'll never trip and fall in the dark again. Now that you know how to use the flashlight on an iPhone 7 and 7 Plus, I hope you'll share this article on social media, or at least tell your friends about the cool brightness trick!

Thanks for reading,
David L.

Hi, I'm David! I'm here to help you fix problems with your iPhone and help you find a better cell phone plan.

How To Use The Flashlight On An iPhone 7 & 7 Plus – The Simple Guide!